I’ve Just Been Arrested! Do I Have the Right to Remain Silent? 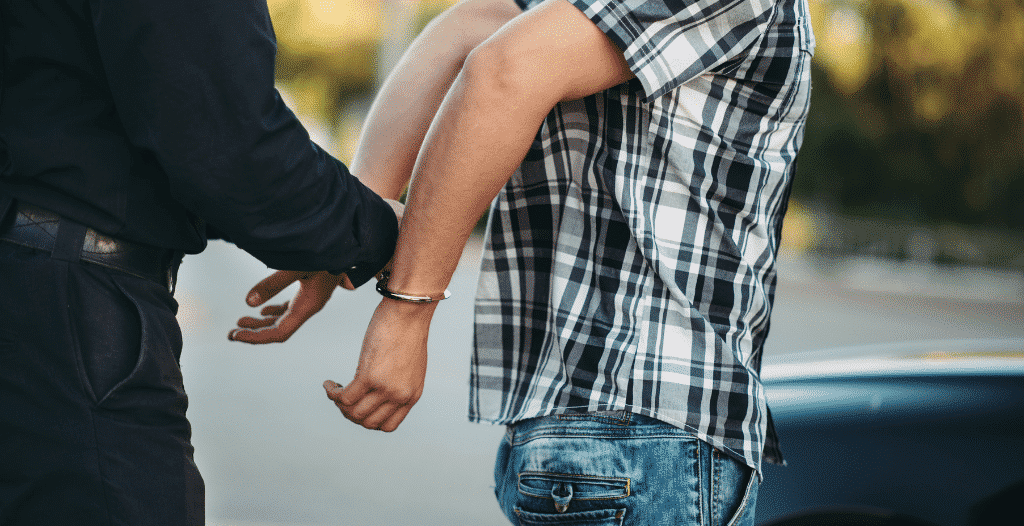 Invoking your right to remain silent is central to the criminal justice system in the United States. It is one of the most powerful laws we have defending the rights of those accused and arrested. It ensures that a suspect does not have to answer potentially incriminating questions, minimizes damaging statements that a suspect might say as a result of fear or anxiety, and allows the suspect to request and procure legal counsel.

The best advice we can offer is to speak to a criminal defense attorney as soon as possible after your arrest.

Where does the phrase “you have the right to remain silent” come from?

This phrase is part of what is known as your Miranda rights. The entire statement is:

We have all heard this statement on many popular police shows on television and in movies. Arrested suspects are generally Mirandized, meaning that their Miranda rights have been read to them by a police officer, but not always. Police do not have to Mirandize someone if they do not ask them any questions

Why are they called Miranda rights?

Miranda rights got their name from a court case involving a man named Ernesto Miranda. Miranda was arrested in Arizona after stealing a small amount of money from a bank teller. After being questioned by police officers for several hours, Miranda confessed to the robbery, and also confessed to kidnapping and rape. He was found guilty of all three at trial.

The guilty verdict was appealed to the Supreme Court in the case Miranda v. Arizona. Miranda’s lawyers argued that their client was not told of his Constitutional right to not talk to the police, nor was he told that he could request a lawyer before, during, or after the questioning. The chief justices agreed with Miranda’s lawyers ruling that Miranda’s incriminating statements were inadmissible because he had not been notified of his constitutional rights, and they ordered a new trial.

As a result of this ruling, police officers are required to recite the Miranda rights to arrested suspects before they can begin any questioning.

Did the ruling in the Miranda case grant any new rights to people who are arrested?

No; however, the Miranda case ruling clarified the Fifth Amendment and made it clear that if an officer of the law does not inform an arrested suspect of his right to remain silent, then anything self-incriminatory that the suspect says cannot be used for any reason. It also reaffirmed the right to request counsel, as provided in the Sixth Amendment

What does the Fifth Amendment of the United States Constitution provide?

The Fifth Amendment is part of the Bill of Rights. Ratified in 1791, its basic tenet is that “no person … shall be compelled in any criminal case to be a witness against himself,” meaning you cannot be forced to answer questions that will possibly incriminate you now or in the future. The law also prohibits prosecutors from making reference to a defendant’s refusal to answer questions as evidence of his guilt.

What does “I plead the Fifth” mean?

When someone pleads the Fifth, it means that person is invoking the Fifth Amendment, which allows the suspect to not answer a question. Usually, someone does this when what they would say could be self-incriminating.

Why did the Founding Fathers write this amendment?

The Fifth Amendment was written specifically as a reaction to the excesses of the Courts of Star Chamber and High Commission in England (also known as the Star Chamber). The Star Chamber, created in the 15th century in England, was a special court directly under the authority of the king that was created as a tool of justice to ensure that the rich and powerful had to answer for their crimes. As time went on, however, the Star Chamber was used by kings to punish religious and political dissidents. The accused were required to answer any and every question asked of them by the court, were not informed of the evidence against them, and could be coerced to confess by any means the court deemed necessary. The court often had the accused tortured or mutilated, forced confessions from innocent and guilty people alike, and punished people severely and arbitrarily for any type of opposition to the king. After an outpouring of dissent in England against the activities and methods of the Star Chamber, it was abolished by Parliament in 1641.

The framers of the U.S. Constitution wrote the Fifth Amendment to ensure that no person could be compelled to incriminate himself. It also led in part to the due process clause of the Sixth Amendment, ensuring people receive a fair trial and have a right to counsel.

What does it mean to have the right to remain silent?

When do I have the right to remain silent?

Always, unless the questions are just general informational questions such as your name, address, height, weight, date of birth, etc.

Can you just not answer any questions from police officers when you are arrested? Does just being silent count as revoking your Miranda rights?

Simply staying quiet and not answering questions does not count as invoking your Miranda rights.

After stopping you for a possible DUI, the officer likely wants to determine whether you are truly impaired, and if he or she believes you are, the officer will also want to gather as much evidence against you as possible. Often, police often use questioning as a way to gain information and evidence from a suspect. In fact, officers commonly receive training to use questioning to their advantage in efforts to gain as much evidence as possible.

Fortunately, you have a tool at your disposal that can help you avoid giving evidence to officers, even if you did not mean to. That tool is your constitutional right to remain silent. You may not think that you need to remain silent if an officer asks you how your evening has been or what you have been doing, but even answering these seemingly innocent questions could work against you.

Often, police officers will ask seemingly unrelated questions in efforts to get you to open up about your recent activities, which could include consuming alcohol. In some cases, rather than simply asking if you have been drinking, an officer may ask about your evening, ask where you are driving from and, possibly, eventually come to the point of asking whether you consumed alcohol. The preliminary questions may act as a way to make you feel more comfortable speaking to the officer before he or she asks more intrusive questions.

Of course, even if you remain silent, an officer may still feel as if he or she has probable cause for taking you into custody for DUI. If this happens, it may work in your best interests to remain calm. An initial charge does not make you guilty, and you have the right to defend against any charges brought against you. Gaining information regarding your defense options may help you address your case, and having a knowledgeable Colorado attorney on your side may prove wise.

What Do I Do If I’ve Been Arrested?

If arrested, it is absolutely critical that you speak to a skilled criminal defense attorney in your area, and that you understand your right to remain silent. The less you say to law enforcement officers or officers of the court, the more your lawyer will be able to help you. It can mean the difference between going to jail or going home.

If you have been arrested for a crime in Colorado Springs time is not on your side. Reach out today to schedule a free consultation to discuss your case and your options moving forward.